The recognitions were done with a multi-depth EM and allowed 3D block production. This resulted in surveying the weak zones by highlighting areas with more sand or gravel within the levee. 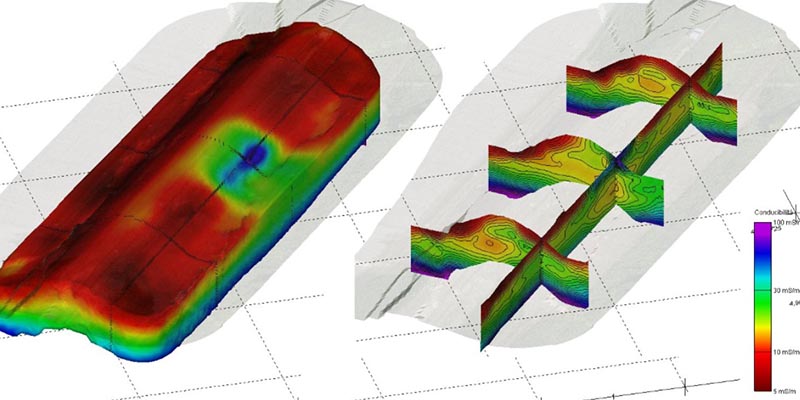 The acquired profiles with the DualEM device allowed a 3D reconstruction of the levee conductivity. Study undergone by our partner GeoAstier. 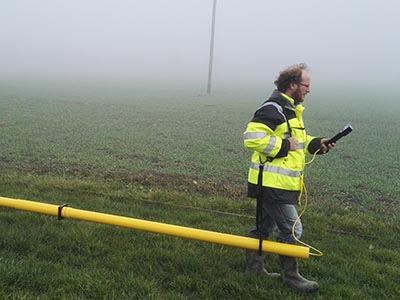