Detection of metallic objects in an ancient landfill

The goal of these magnetic measurements was to delineate the extent of the landfill material and to detect a potentially large number of present metallic barrels.

The densely spaced measurements allowed detailed mapping of the site and location of a great number of magnetic anomalies. This proved the presence of numerous metallic waste and barrels. 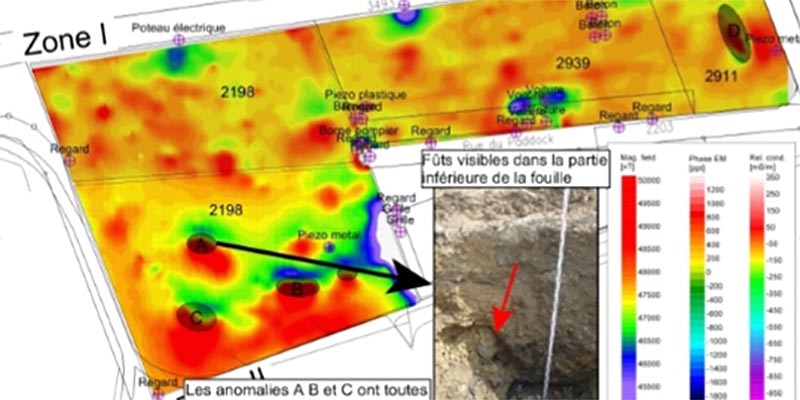 Map of the magnetic field in the study area. The strong anomalies were interpreted as metallic objects. Later, excavations confirmed these findings. 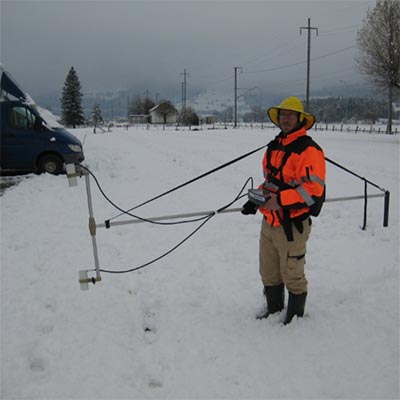